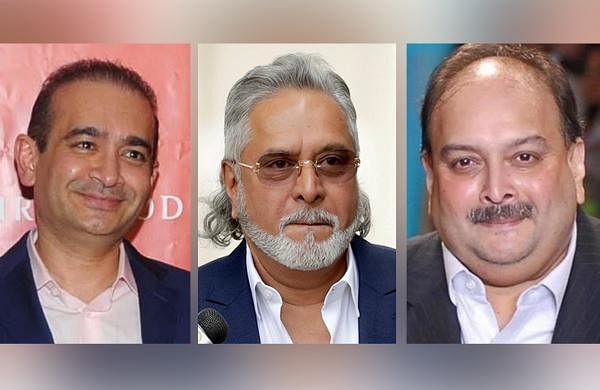 NEW DELHI, BENGALURU: Dealing with a whole lot of flak over ‘fugitive’ businessmen Mehul Choksi, Nirav Modi and Vijay Mallaya, the federal government on Wednesday scored huge political factors when it introduced that Rs 9,042 crore value of connected property of the three have been transferred to the PSU banks defrauded by them.

In response to an announcement issued by the Enforcement Directorate (ED), Vijay Mallya, Nirav Modi and Mehul Choksi had defrauded Public Sector Banks, inflicting a complete lack of Rs 22,586 crore to the banks. The quantity of Rs 9,042 crore accounted for 40 per cent of the overall loss suffered by the banks.

The ED has to date connected/seized property to the tune of Rs 18,170 crore underneath provisions of the Prevention of Cash Laundering Act (PMLA) of the three absconding promoters, whose companies defaulted on fee to banks. The connected property embrace properties value Rs 969 crore positioned in international international locations.

The Dutch liquor firm acquired 3.96 crore shares, or 15% in United Breweries. In response to the ED, additional realisation of Rs 800 crore by sale of shares is predicted by June 25. Public sector banks have already recovered Rs 1,357 crore by promoting shares earlier.

In response to the annual report of United Breweries, fairness shares accounting for 16.15 laptop, held by a number of promoter firms of Vijay Mallya, had been transferred to the demat account of the Enforcement Directorate (ED), Mumbai.

Primarily based on the FIRs by the Central Bureau of Investigation (CBI), the ED acted on these circumstances and detected various home and worldwide transactions and property stashed overseas. The ED has additionally filed prosecution complaints in opposition to all of the three accused after completion of money-laundering investigations.

“The investigation has additionally irrevocably proved that these three accused individuals used dummy entities managed by them for rotation and siphoning off the funds offered by the banks,” the central company said. In response to the ED,

“out of whole connected/seized property of Rs 18,170.02 crore underneath provisions of PMLA, property value of Rs 329.67 crore has been confiscated and property value Rs 9,041.5 crore, representing 40 per cent of the overall loss to the banks, have been handed over to them.”