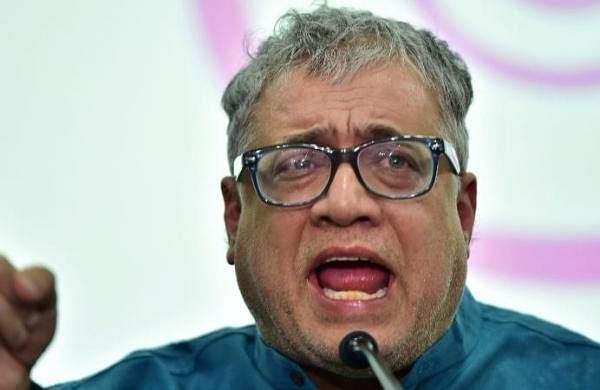 NEW DELHI: TMC MP Derek O’Brien took a dig at Prime Minister Narendra Modi saying he was current within the all-party assembly held on Sunday for lower than 10 minutes, reacting to which Parliamentary Affairs Minister Pralhad Joshi stated that it was Modi who pioneered attending the meet as PM since 2014.

Modi in a Twitter put up stated that he attended the all-party assembly.

“Took half within the all-party assembly earlier than the beginning of Parliament’s Monsoon Session. We sit up for a productive session the place all points might be debated in addition to mentioned in a constructive method,” the PM stated.

On the assembly attended by 33 events, the prime minister stated recommendations from public representatives, particularly from the opposition, have been worthwhile as they made the dialogue wealthy.

The assembly was held a day forward of the Monsoon Session of Parliament and was attended by flooring leaders of varied political events.

Apart from Modi, Defence Minister Rajnath Singh, Union minister and Chief of Home in Rajya Sabha Piyush Goyal and Parliamentary Affairs Minister Joshi have been current on the assembly.

“Prime Minister, Sir.True. You probably did TAKE PART. The Parliament assembly lasted for two hours and 40 minutes.We had the pleasure of your organization for 9 minutes. You listened for 3 minutes. Allowed the photographers/video cams in for two minutes. And spoke to us for 4 minutes,” tweeted O’ Brien.

After the assembly, the TMC RS MP had earlier tweeted concerning the brief presence of the PM.

In response to O’Brien’s tweet, Joshi claimed that it was clear the TMC MP had an issue with Modi chairing the all-party assembly.

“Mr.O’Brien ought to reply whether or not any PM attended this assembly earlier than 2014? It’s Modi ji who has pioneered attendance as PM since 2014,” the parliamentary affairs minister tweeted.