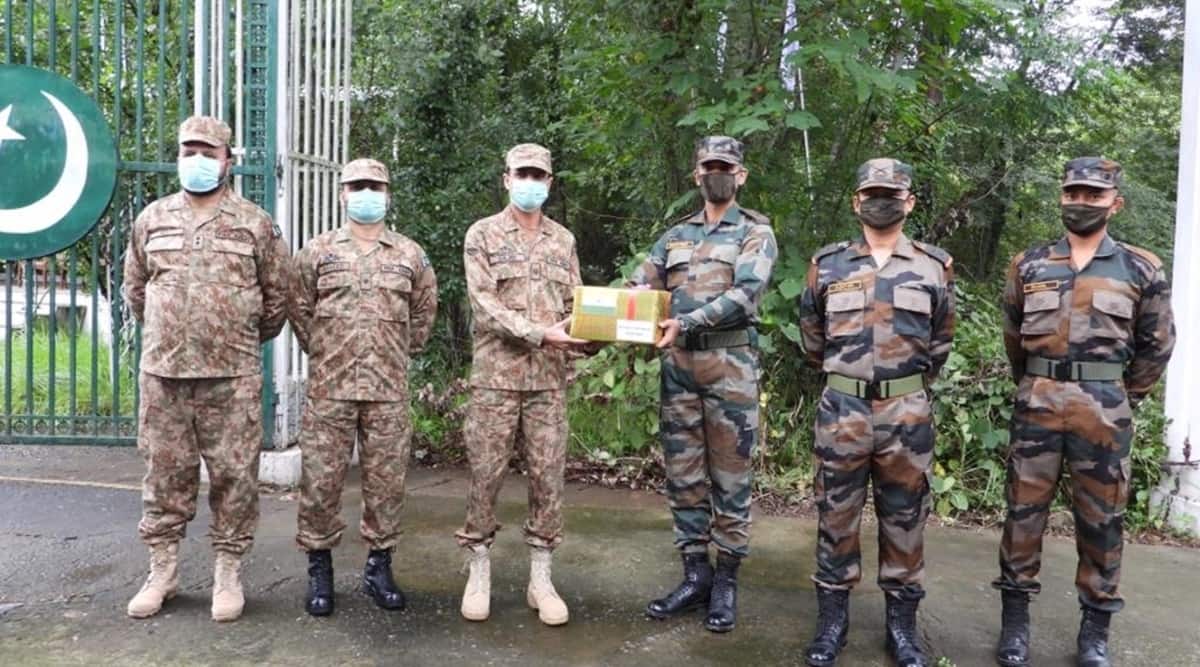 
On the event of Eid al-Adha, Indian and Pakistani armies on Wednesday exchanged sweets at varied locations alongside the Line of Management in Jammu and Kashmir.

An Military PRO Lt Colonel Devender Anand stated that armies of each India and Pakistan exchanged sweets at Poonch-Rawalakot and Mendhar-Hotspring crossing factors in Poonch district.

Each the perimeters additionally exchanged sweets on the historic Teethwal crossing bridge and Kaman Aman Setu at Uri within the north Kashmir districts of Kupwara and Baramulla respectively.

The event was seen as an enhanced confidence-building measure held within the backdrop of the continuing ceasefire between the international locations.

An Military spokesman stated that each one the required Covid-19 protocols had been adopted throughout the change of sweets by the 2 sides.